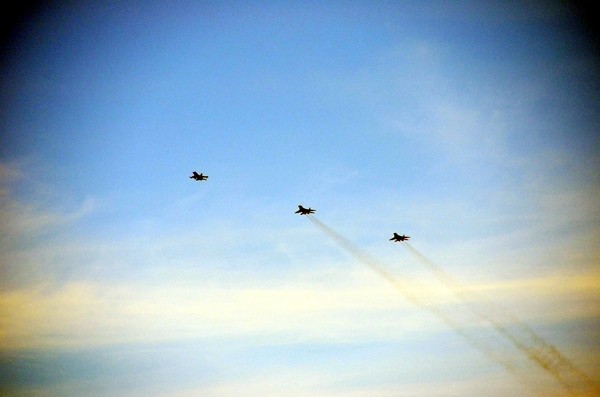 Joint military exercises “TurAz Şahini-2016” of the Air Forces of Azerbaijan and Turkey that started on March 7 continue in the Turkish city of Konya.


The exercises are aimed at creating interaction between the Azerbaijani and Turkish air forces through exchange of experience between the two countries’ armed forces.

Three MiG-29 fighter jets, three Su-25 attack aircraft and military personnel of the Azerbaijani Air Force were solemnly welcomed at an airbase in Konya. In his speech at the welcoming ceremony, airbase commander lieutenant-general Haluk Sahar wished success for every participant in the highly important joint TurAz Şahini-2016 tactical-flight exercises, which is now taking place for the second time.