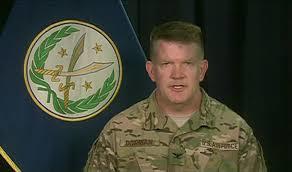 Col. John Dorian, spokesman for the Joint Task Force Operation Inherent Resolve, stated that the Turkish troops inside Iraq are not part of the anti-ISIS coalition in the country, reported Iraqi Defense Ministry.

Axar.az reports that, according to the Iraqi Defense Ministry, presence of Turkish troops inside Iraq without Iraqi government’s approval is violation of Iraqi sovereignty.

He Turkish parliament decided last week to extend a mandate that allows military operations against militant organizations in Iraq and Syria for another year.
Iraqi Prime Minister Haider al-Abadi warned Turkey that keeping troops in northern Iraq could lead to a “regional war,” according to comments broadcast on state TV on Wednesday.