Armenians to their soldiers: "Run from Karabakh" - Video 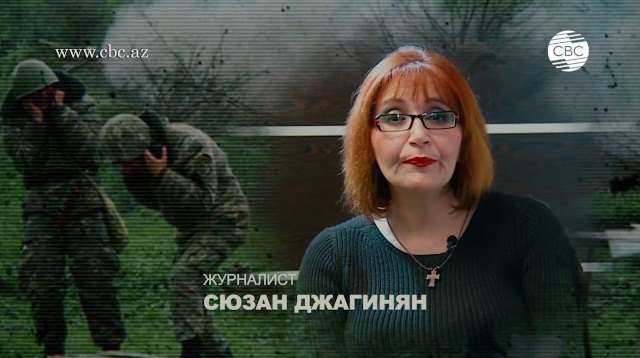 Axar.az reports that, interviewees in the video approached Armenian nation and soldier and showed tough opinions about Armenian government.

In the video, Susan Jaginyan told that, government does best of them for leaving country without any Armenians:

One of these programmes is army. I think children of Kocharyan, Sargsyan and other generals who are stealing from this country should be there, instead of you. Today, Karabakh war is a tool for controlling and making slaves from Armenians. Don't believe them. At last understand who is the real enemy of Armenian nation. Your life is useless for them. I am calling you to solve the conflict by peace. Because, I don't want war. I want you also ask for peace".

Lawmaker Vaan Martirosyan said: " While you think that you are protecting ou lands with weapon in your hand, your real enemies are hitting your parents and stealing their bread. They are jailing your parents and destroying your future. Why people who are from Karabakh do not serve there? Death of Armenian soldiers and youngs for the lands which are not connected with them is guilt of Sargsyan regime. Yerevanian youngs who has never seen Karabakh before are dying there without even knowing what are they fighting for".

Armenian citizen Sergei Julakyan said: "Why should we kill in the foreign lands? I am approaching to our soldiers as a serviceman who has served at occupied Azerbaijani territories. Point your guns to our real enemies who are sitting in our country".