US defense secretary arrives in Iraq on surprise visit 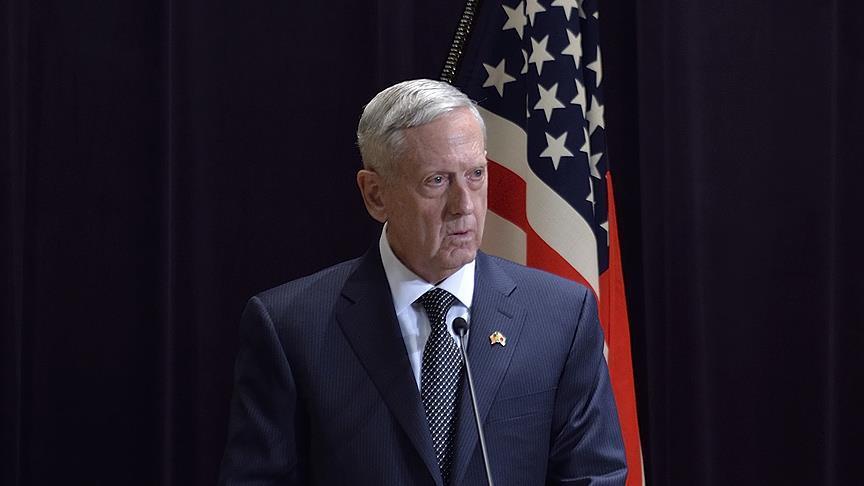 U.S. Defense Secretary Jim Mattis arrived in the Iraqi capital Baghdad on Tuesday for an unannounced visit for talks with Iraqi officials.

Axar.az reports citing Anadolu agency that, his visit comes a few days after Iraq launched a military operation to recapture the northwestern city of Tal Afar from Daesh terrorist group.

Mattis will discuss the ongoing anti-Daesh war as well as issues of mutual concern during his visit to Iraq, a source with the Iraqi Foreign Ministry said on condition of anonymity because he was not unauthorized to speak to media.

The U.S. secretary is also expected to visit the northern city of Erbil for talks with Kurdish officials, the source said.

More than 5,000 U.S. troops are currently participating in the ongoing fight against Daesh in Iraq, according to the Pentagon.

The Iraqi government, for its part, says U.S. soldiers are not taking part in the fighting and are only collecting and sharing intelligence and providing Iraq with logistical support.

A predominantly Turkmen city, Tal Afar was captured by Daesh in mid-2014 along with vast swathes of territory in northern and western Iraq.

The UN estimates that between 10,000 and 40,000 civilians are still living in Tal Afar and surrounding areas.