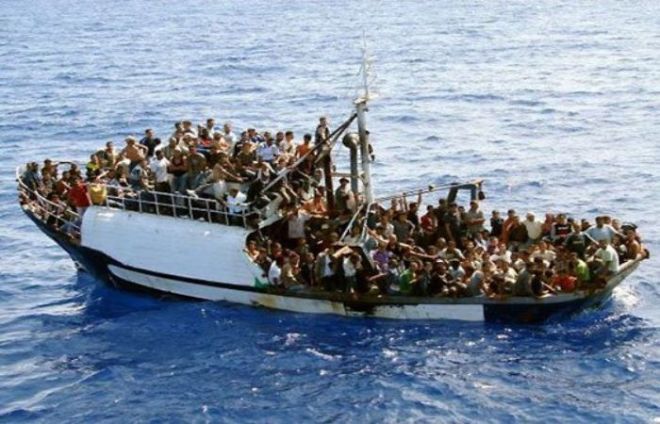 Several hundred of migrants traveling from Africa have been rescued near the Spanish coast over the last two days.

Axar.az informs that about 600 migrants from Africa have been rescued near the Spanish coast in the last two days, according to a sea rescue patrol.

Europe is currently looking for ways to tackle a major migrant crisis as thousands of people are traveling across the Mediterranean Sea from conflict-torn countries in North Africa, the Middle East, and Central and South Asia, to reach European shores.

Many blame this unprecedented exodus on major European powers, saying that their policies have sparked a surge in terrorism and war in conflict-ridden regions, forcing more people to flee their homes and seek asylum abroad.
Sixteen EU member states say they are ready to accept 34,000 refugees from North Africa and the Middle East after the UN accused Brussels of helping Libyan authorities intercept Europe-bound refugees, Press TV reported.

The offer to admit more refugees meets the European Commission's stated goal of letting in at least 50,000 refugees over the next two years in a bid to discourage them from making the risky Mediterranean crossing.