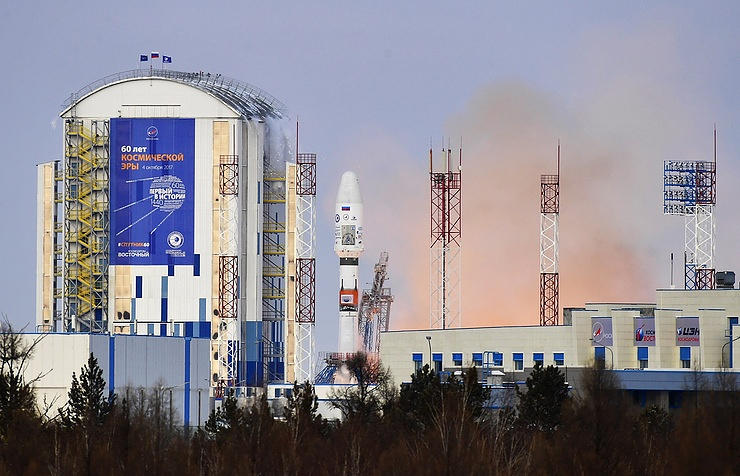 The Soyuz-2.1b carrier rocket with 19 satellites has been launched from the Vostochny spaceport in the Russian Far East.

"The launch of the Soyuz-2.1b space rocket with a Meteor-M 2.1 spacecraft and 18 satellites was carried out as scheduled at 8.41 a.m. Moscow time," a spokesman for the Roscosmos space corporation said.