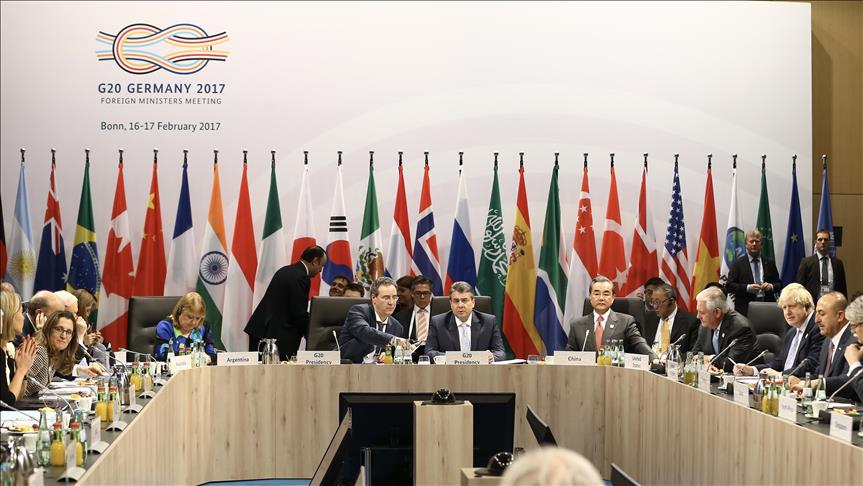 The UN's special envoy for Syria met Friday in Geneva with top diplomats from a "small group" of countries.

Representatives from Egypt, France, Germany, Jordan, Saudi Arabia, the U.K. and the U.S. attended the meeting with Geir O. Pedersen, aiming to revive the Geneva process, which has stagnated since December 2018.

Issues discussed at the consultation included the process towards political resolution to the Syrian conflict and the formation of a Syrian constitutional committee.

Attending the meeting on Washington's behalf was U.S. Special Envoy for Syria James Jeffrey, who described recent meetings with Turkish officials during a visit to Ankara as "positive and productive".

Bilateral talks between the participants are set to begin after the meeting comes to a close.

The group last met during sessions of the Geneva process on Sep.14, 2018 with UN envoy Staffan de Mistura.

Pedersen is set to meet with representatives of Turkey, Russia, and Iran -- guarantors of the Astana peace process -- later in May.

The Astana process has been successful in bringing a cease-fire in Syria and led to the creation of de-escalation zones across the war-torn country.

Syria has only just begun to emerge from a devastating conflict that began in early 2011, when the Bashar al-Assad regime cracked down on demonstrators with unexpected ferocity.