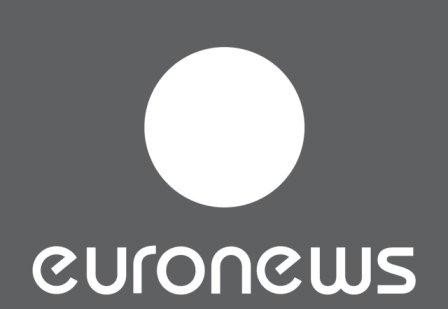 Euronews has published the article entitled " Nagorno-Karabakh: an Azeri perspective".

Just as no individual country can exist without a legal framework within which its citizens can operate, so the world cannot get by without the concept of international law. And that law has to be based on one fundamental tenet: that of territorial integrity.

Without territorial integrity, chaos, war and bloodshed inevitably ensue. That, sadly, is what we have seen in the South Caucasus for the last quarter century. An international body is needed that can promote that principle, and ultimately introduce sanctions when it is flouted. Countries that invade their neighbours have to know that there is a price to be paid.

Fortunately there is such a body. It is called the United Nations, and it has made its position crystal clear. Its Security Council has passed four resolutions (numbers 822, 853, 874 and 884) and its General Assembly has passed resolution 62/243 saying the same things: Nagorno-Karabakh and the seven surrounding districts currently under Armenian military occupation are Azerbaijani sovereign territory. They also demand that Armenia withdraw its armed forces.

The UN’s word should be enough. However, other bodies (including the European Parliament and the Parliamentary Assembly of the Council of Europe) have said the same.

Armenia’s responsibility for the occupation of Azerbaijani land has been spelt out by The European Court of Human Rights, acknowledging “Armenia exercised effective control over Nagorno-Karabakh and the surrounding territories.”

To date, not even Armenia recognises the puppet state that it helped to set up by bloody force of arms.

Of course, the Armenian people need their own homeland, which, fortunately, they already have: Armenia. This country has a struggling economy and a shrinking population. All the more reason for it to give up its expansionist ambitions and concentrate on restoring its own fortunes so that it is no longer dependent on international handouts.

Armenians living in multicultural Azerbaijan, by contrast, have prospered, and all future inhabitants of a post-settlement Nagorno-Karabakh have been offered the highest level of autonomy.

The Government of Azerbaijan, the people of Azerbaijan and the hundreds of thousands of refugees and Internally Displaced Persons (IDPs) have been patient for many years. The OSCE Minsk Group has had every chance to bring about a diplomatic solution, and in due course it developed the ‘Madrid Principles’.

This compromise solution would have allowed Azerbaijanis and Armenians to live side by side once again. Azerbaijan accepted it, but sadly Armenia walked away. The status quo leaves Armenia holding onto the land it has occupied; talk of conflict resolution threatens that grip.

The UNHCR has stated that “Azerbaijan hosts one of the largest IDP populations per capita in the world” and over the last few years I have spoken to scores of them. Although they are well cared for, I have yet to hear one of them say that they did not want to return to their ancestral homes and lands.

Attempts to visit, like that of Dilgam Asgarov, Shahbaz Guliyev and Hasan Hasanov who returned to tend their family graves, are met with violence. Of these three, one was killed and the others were sentenced to life incarceration.

Despite the harsh treatment many of them received from the invading Armenian forces, I have yet to hear one refugee or IDP declare anything other than a desire to once again live next to their Armenian neighbours in peace – as they had previously done for generations. In multicultural Azerbaijan, Jewish, Orthodox, Catholic and Protestant communities continue to thrive – in stark contrast to mono-ethnic Armenia.

Peace is still possible, but it must be based on the concepts of national sovereignty and territorial integrity.