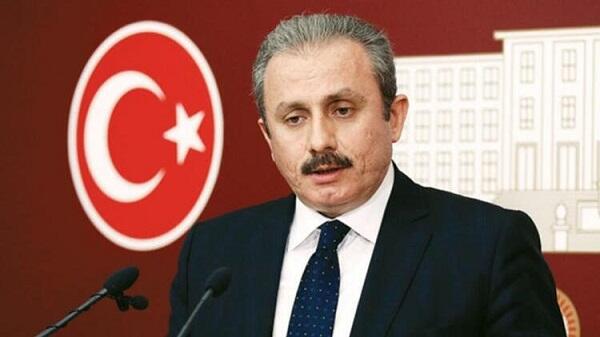 Speaker of the Turkish Grand National Assembly Mustafa Shentop will pay a visit to Azerbaijan tomorrow.

Axar.az reports that Mr. Shentop will attend the first meeting of the parliamentary speakers of Azerbaijan, Pakistan, and Turkey in Baku.

The signing ceremony of the Baku Declaration will take place at the meeting on July 27.

Before the meeting, Shentop will visit the grave of great leader Heydar Aliyev, the Alley of Martyrs and the Baku Turkish Martyrdom.

The parliamentary speakers will also be received by Azerbaijani President Ilham Aliyev.

On July 28, the Speaker of the Parliament is also scheduled to meet with Azerbaijani Foreign Minister Jeyhun Bayramov.

M. Shentop will receive representatives of Turkish businessmen and non-governmental organizations, and will return to Turkey on July 29 after visiting Shusha and Fizuli.