Seoul's Garden In the Sky 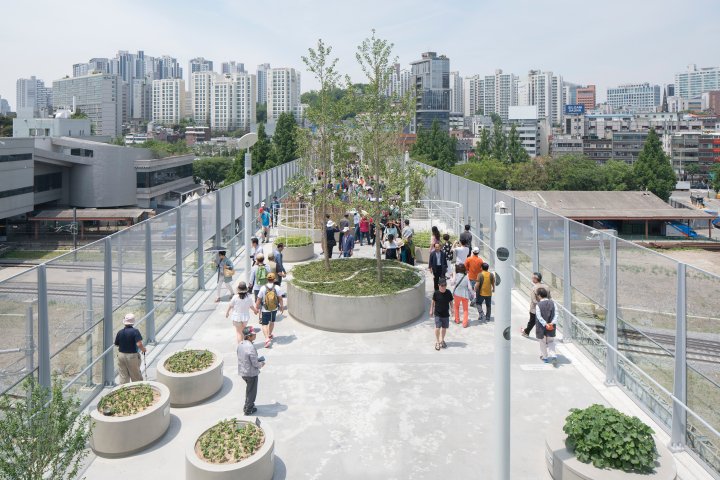 South Korea's Seoullo 7017 Skygarden, which opened in late May, is exactly that: a garden in the sky.

The over 3,000-ft.-long "plant village" is built on a former highway overpass that runs through the center of the capital, not unlike New York City's High Line. Dutch studio MVRDV won a government commission to build the park two years ago and designed its thoroughfare to hold 24,000 plants.

The park is likely to eventually expand and may become an urban nursery that grows trees or shrubs that can be transplanted elsewhere in the city.