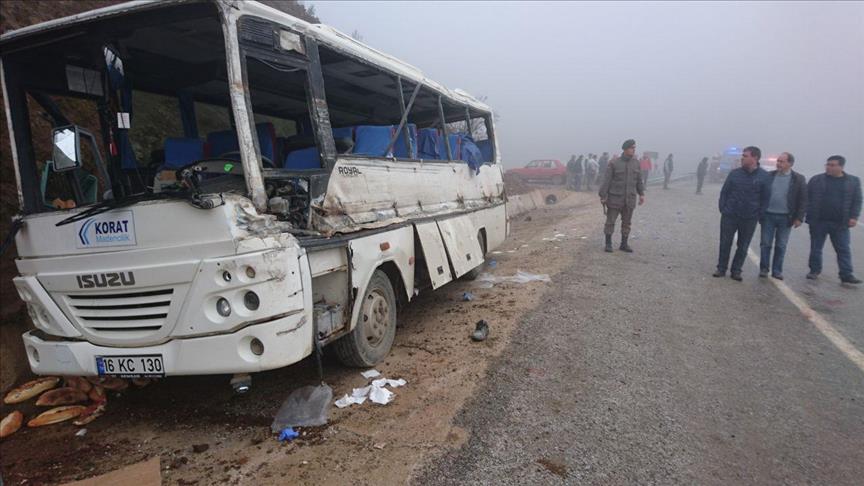 At least two people were killed and 22 others injured in a serious road accident in northern Turkey on Monday.

The two fatalities were identified as Sadullah Duman and Musa Cetin.

Seven out of the 22 injured are in a serious condition; they are being treated in hospitals in Balikesir and Bursa provinces.

In a separate accident, one man was killed when a truck overturned on the Balikesir-Edremit highway.