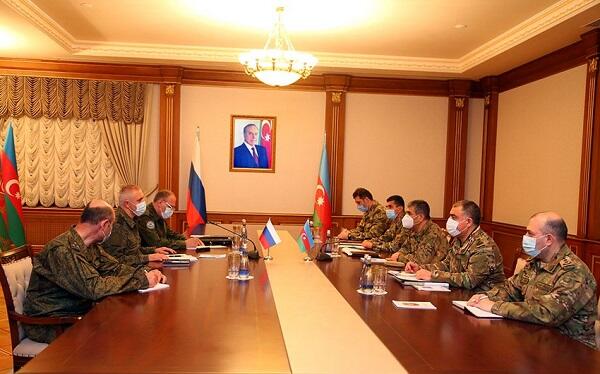 Axar.az reports citing the Defense Ministry that during the meeting, the sides discussed the issues of the fulfillment of the provision of the joint statement by the presidents of Azerbaijan, Russia, and the prime minister of Armenia.