Mankind is one step closer to Mars colonization - NASA 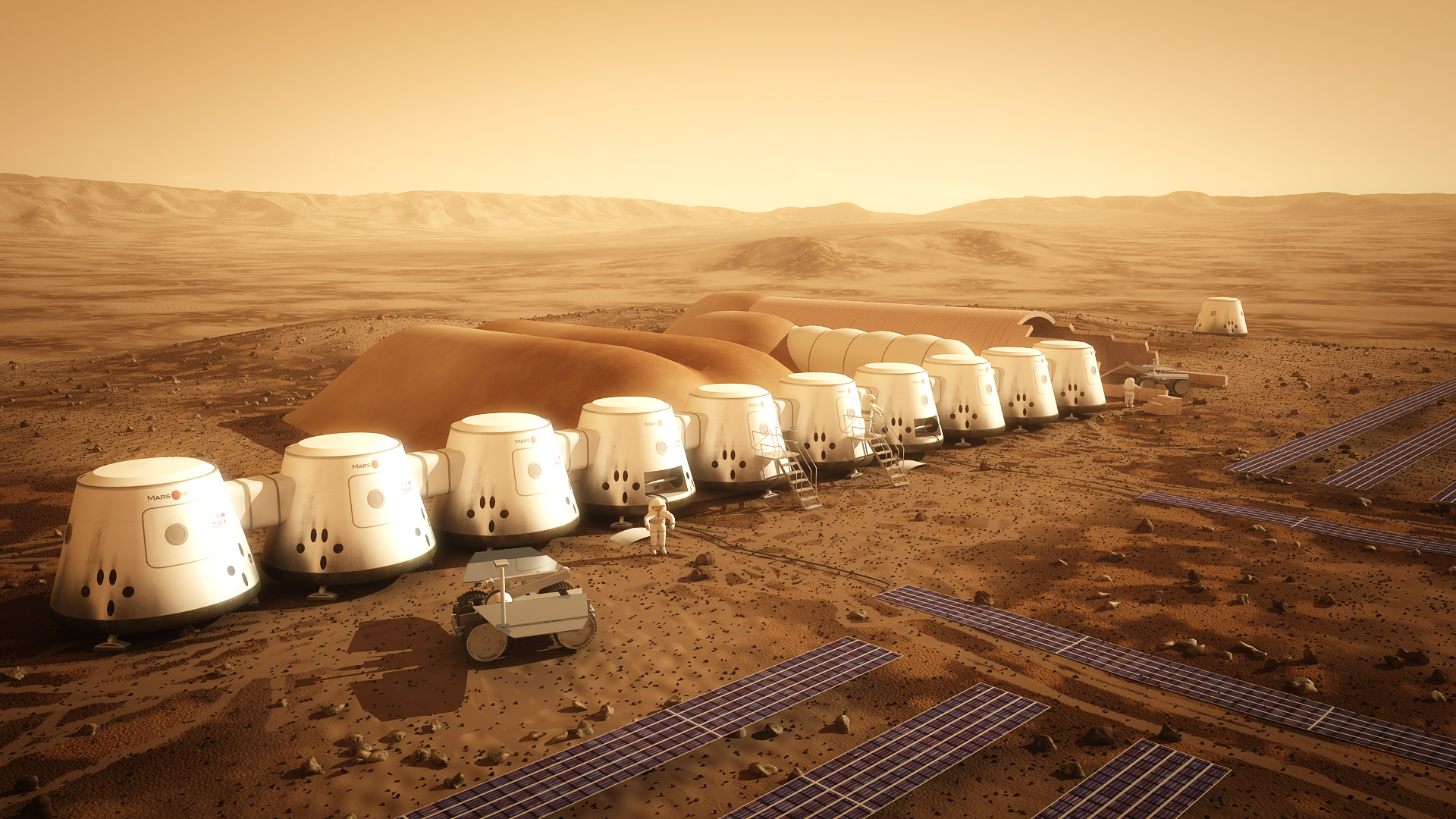 The colonization of Mars has been the fantasy of sci-fi writers and scientists alike for perhaps a century or more. Now, these dreams are a step closer to becoming reality, under radical plans unveiled by NASA that would see a magnetic field being used to reduce radiation levels, one of the primary barriers to human exploration of the planet.

Axar.az reports that the reasons for Mars' mesmeric hold on the human imagination are obvious. Its surface conditions make it the most hospitable planet for humans in the Solar System bar Earth. The planet is similar to Earth in many ways, too — a Martian day is 24 hours, 39 minutes and 35.244 seconds, Mars' surface area is 28.4% of Earth's (only slightly less than the amount of dry land on Earth), and the planet's similar axial tilt means it has seasons much like Earth's — although they are nearly twice as long, as a Martian year is about 1.88 Earth years.

Lander with a sample of martian soil as it prepares to move to the spacecraft's microscope station.
Moreover, Mars ranks just behind Venus as the easiest planet to reach from Earth — although Venus' extreme conditions (such as a surface temperature of 462 °C; 863 °F) likely preclude it from ever hosting human life.

As technology has advanced, and anxieties about the future prospects for humanity on Earth have increased, the race for space colonization has gained momentum. Many astronomers, scientists, and businesses have for years worked to see if colonization missions to the planet would ever succeed. Despite its similarities to Earth, the planet is still inimical to human life, with sub-Antarctic temperatures all year round, an atmosphere is composed of roughly 95 percent carbon dioxide, 0.13 percent oxygen, and minor traces of water, nitrogen oxide, neon, hydrogen-deuterium-oxygen, krypton, and xenon.

Frozen water almost certainly exists under the surface, which could be an invaluable resource for colonies — although visitors would still have to live with high levels of radiation, as well as constant, violent iron dust storms.

However, NASA has outlined a way of making Mars much more habitable — and in the process taken a significant step towards allowing human exploration of the planet. Presented at the Planetary Science Vision 2050 Workshop, the proposal would see the deployment of a magnetic shield around the planet that could act as a barrier to radiation, and reduce the need for extreme protective equipment. It relies on the theory that over four billion years ago, the planet's magnetic field suddenly vanished — over the course of the next 500 million years, Mars mutated from a warmer, wetter environment to the cold, uninhabitable husk seen today.