10 couples who took their on-screen love to real life 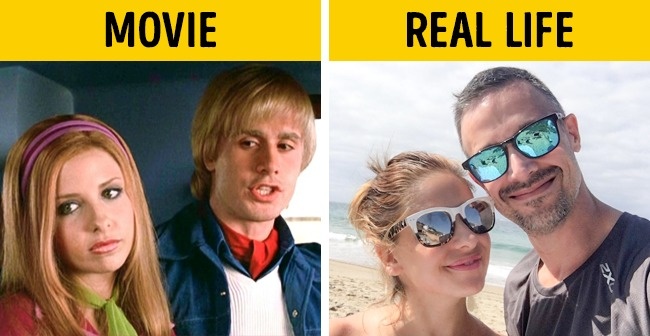 Love... For most people love comes when they least expect it. But for some celebrities, all they had to do was just to look at their costar.

We at Axar.az love such kind of love stories that came from the big screen to real life. And although many of them didn’t last long, we will always remember them. We fell in love with these guys when they first appeared in The Amazing Spider-Man as Peter Parker and his girlfriend, Gwen Stacy. In the movie, their romantic adventure had a tragic ending, but it was just the beginning of their love story in real life. Although Emma and Andrew are not currently together, we still love them, even as just friends. One of those couples that seemed to have mind-blowing chemistry on the screen. The main characters of The Notebook have been dating for four years in real life. The funniest thing is that at the beginning of the filming process, the actors just couldn’t stand each other. But it’s true what they say: "There’s a thin line between love and hate." They went from love to hate in the Revenge series, but in real life, the actors who play Emily Thorne and Daniel Grayson are head over heels in love. They met on the set of Two Much in 1995, and for all these years they looked perfectly happy. However, almost 20 years later, they decided to end their marriage, considered one of the most stable in Hollywood. Jennifer Lopez and Ben Affleck, one of the hottest celebrity couples, started their one-year relationship after they worked together on the set of Gigli in 2003. Bennifer even got engaged, but much to the dismay of their fans they broke up in 2004.