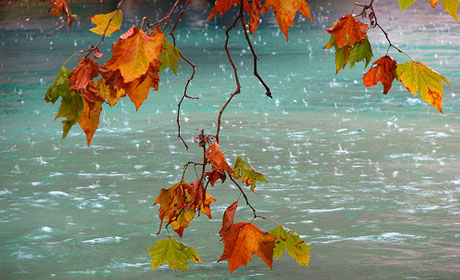 Axar.azx reports citing the National Hydrometeorology Department of the Ministry of Ecology and Natural Resources that on November 14 intermittent rain is expected in Baku and on the Absheron peninsula. Rain will intensify at night and in the morning in some places of the peninsula. Mild north-west wind will blow and intensify occasionally.

As for the medical-meteorological forecast, temperature is expected to drop in the background of north wind on the Absheron peninsula from November 14 till November 17, which may cause anxiety in some meteo-sensitive people.