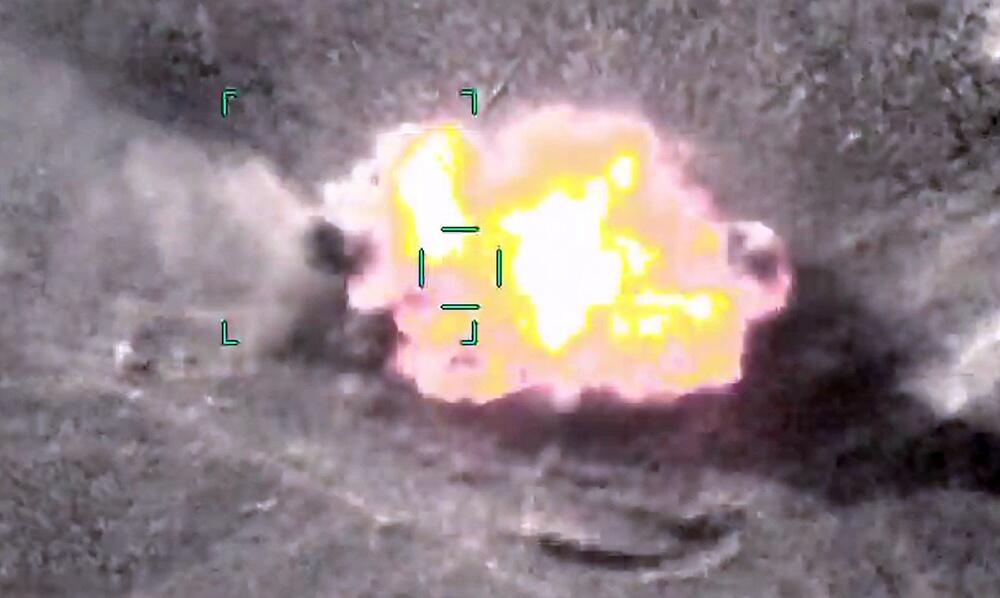 The counter-offensive operations carried out by the Azerbaijani Army to liberate our lands continue.

Axar.az reports citing MoD that the fighting spirit and morale of the personnel of our army is high, our servicemen who take part in intense battles are fighting bravely.

As a result of the battles carried out by the Azerbaijani Army on September 27 and today, a large number of Armenian troops, military facilities and military equipment were destroyed in various directions of the front.

The video shows the destruction of two enemy tanks a while ago.