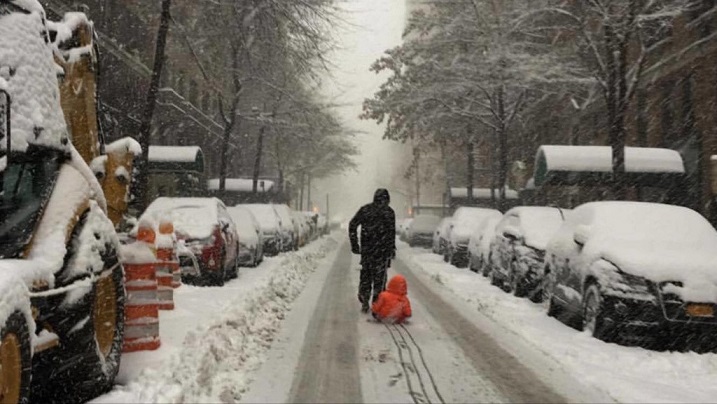 The blizzard expected on March 14, 2017, may seem out of the ordinary, but the New York area has gotten big snowstorms in March before. Recent signs of spring have teased us to believe that the new season is here. However, having to prepare for an upcoming blizzard reminds us that it is still officially winter. March is a transitional month. As a result our weather becomes a wild roller coaster ride.

Mother Nature has been known throw on one last blanket of snow. Remember the blizzard of 1993? That March storm set snowfall records all over the northeast and caused travel troubles in the New York City area for days.

And just over six inches fell in New York City on the last full day of winter in March 1992, taking some by surprise.

An onslaught of sleet and snow in march 2007 wreaked havoc at area airports and had folks across the tristate area digging out from 5 to 12 of frozen precipitation.

A winter storm in March 1888 dumped 21 inches of snow in Central Park and holds the fourth place in the top five snowstorms of all time.

March is also known for its temperature extremes. It's been as cold as 3 degrees in Central Park and the hottest day recorded in 1998 with a high of 86 degrees. Don't shed a layer just yet. For now, stay bundled up and be ready for anything.