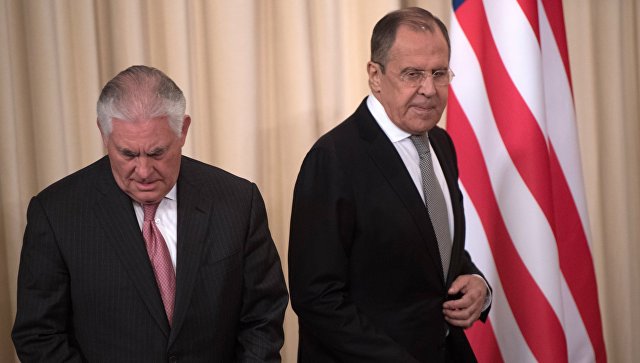 Russian Foreign Minister Sergei Lavrov has arrived at the White House on Wednesday for a meeting with US President Donald Trump.

Axar.az reports citing to Sputnik it is the first meeting between President Trump and the top Russian diplomat.
Lavrov arrived at the White House after talks with US Secretary of State Rex Tillerson, who will also participate in the meeting with Trump.

In April, Tillerson paid a visit to Moscow and held a conversation with Lavrov. After the negotiations, the two ministers participated in a meeting with Russian President Vladimir Putin.