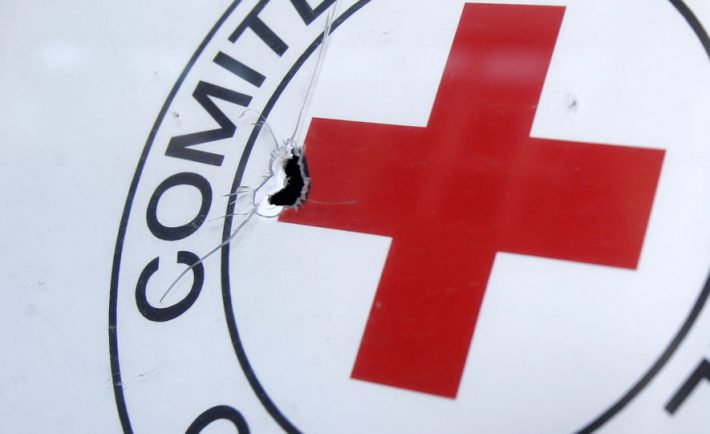 A staff member of the International Committee of the Red Cross (ICRC) was injured in an attack on humanitarian convoy near Syrian capital of Damascus, the ICRC said in statement obtained by Sputnik on Sunday.

The organization strongly condemned the attack.
"As the convoy approached the town at around 7 p.m. [on Saturday], a shooting took place and a staff member of the Syrian Arab Red Crescent was seriously wounded. The ICRC reminds all parties in Syria of their obligations to protect and respect humanitarians as well as the Red Cross and Red Crescent emblems," the statement read.

"The 37-truck convoy from the ICRC, Syrian Arab Red Crescent and the United Nations was to deliver food, medicine and daily essentials to 11,000 people in the town of East Harasta," the statement read further.

Harasta is located 10 kilometers (over 6 miles) from Damascus and is one of the few battlegrounds near the Syrian capital. The residents of the town have not received any humanitarian aid for about eight months.

The civil war in Syria has been lasting for around six years with government troops fighting against numerous opposition factions and terror organizations such as Jabhat Fatah al-Sham and Daesh, both outlawed in Russia.