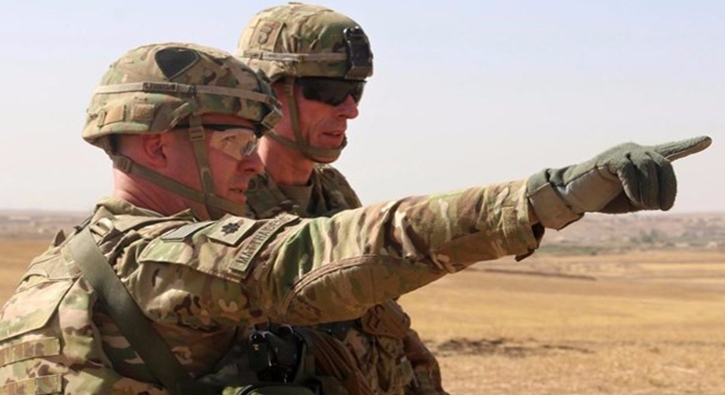 The Russian Aerospace Forces helped the Syrian Army encircle a large terrorist force near a town in Hama province. According to military expert Andrei Koshkin, Syrian forces have been improving their skills with Russian military assistance.

The Syrian Army continues to encircle a large group of ISIS militants in the town of Akerbat in eastern Hama. According to some reports, several thousand terrorists have now been trapped in the area.

Syrian forces with the support of Russian aviation have been working to cut off escape routes for the entrapped terrorists. Militants have been trying to escape in small groups in cars, buses and armored vehicles towards Deir ez-Zor.

"In order to prevent ISIS militants from escaping to Deir ez-Zor, the aviation of the Russian Aerospace Forces is conducting day and night aerial reconnaissance with the use of drones. Russian warplanes have been attacking terrorists’ equipment, including heavy weaponry and armored vehicles," the Russian Defense Ministry reported Friday.

According to Andrei Koshkin, a military analyst and head of the Sociology and Political Science Department at the Russian Plekhanov Economic University, the Syrian Army has been improving its skills, with the help of the Russian military.

"Their combat skills are improving day by day. The recent operation in Akerbat is yet another proof that officers and soldiers of the Syrian Army have significantly improved their capabilities. But this wouldn’t be possible without the assistance of Russian military advisers and the support of the Russian aviation in their combat missions," Koshkin told.

The expert also suggested that the fight against terrorism is Syria will soon be over.

"There is no doubt. The terrorists are morally down. They’re trying to break the encirclement and want to keep control over Deir ez-Zor. But this will not happen. The Syrian Army has proved that it is capable of fighting this war. Sooner or later, terrorism in Syria will be defeated. Syria will start returning to normal life and the Syrian Army will finally clear the country of terrorists," Koshkin said.

Akerbat is a small town located northwest of the ancient city of Palmyra. It is strategically important due to its location near the highway connecting Palmyra and Salamiyah. The liberation of Akerbat is expected to pave the way for further offensives by the Syrian Army, including on Deir ez-Zor, the final ISIS stronghold in Syria after the liberation of Mosul in Iraq.

Syria has been engulfed in a civil war for over six years with government troops battling against numerous opposition factions as well as terrorist groups such as ISIS and al-Nusra Front (Jabhat Fatah al Sham).