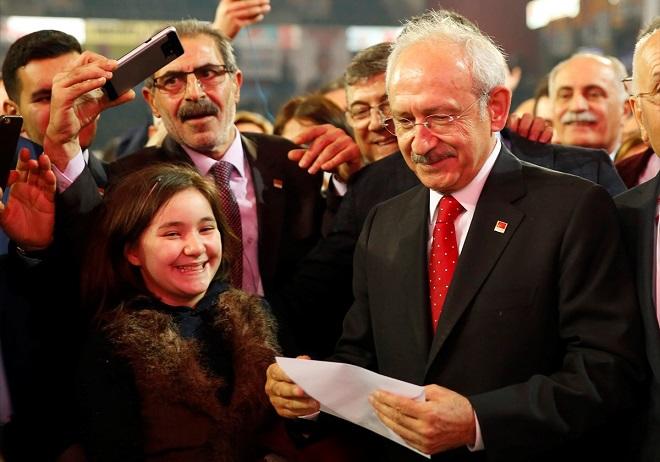 President Recep Tayyip Erdogan on Sunday congratulated the main opposition Republican People's Party (CHP) leader on his reelection, according to a statement from the presidency.

The statement said Erdogan sent a telegram to CHP's Kemal Kilicdaroglu and congratulated him on being reelected as the party's chairman at the 36th ordinary congress held in Ankara on Saturday.

Kilicdaroglu got 790 out of 1,237 valid votes. His main opponent -- Muharrem Ince, a lawmaker from northwestern Yalova province -- secured 447 votes.

Kilicdaroglu has been leading the party since May 2010.