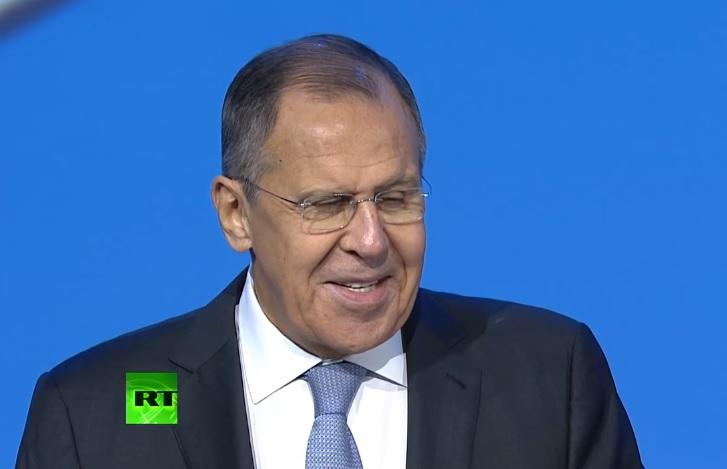 Speaking at a at a joint press conference with his visiting Greek counterpart Nikos Kotzias in Moscow on Wednesday, Lavrov said it was "unacceptable" for NATO to draw new dividing lines under the pretext of boosting security.

"We will continue to call on our NATO counterparts to respect all the agreements made at the political level, particularly at the highest level, which declare drawing new dividing lines to be unacceptable and emphasize the need to ensure indivisible security so that no one has to strengthen their security by damaging the security of others," Lavrov added.

He said they had discussed " the growing military activities of the US and NATO near Russia’s borders" with his Greek counterpart and they both agreed that Russia and the European Union (EU) must address concerns in this regard.

"We have informed our Greek colleagues about our assessments of current military and political developments on our continent, focusing on the growing military activities of the US and NATO near Russia’s borders," the Russian top diplomat pointed out.

NATO member states, largely made up of Western European countries, have significantly increased their military activities near Russia’s western borders in recent years.

Russia, realizing that security threat under its nose, has held several military drills to maintain preparedness, and the NATO countries have then pointed to those drills as signs that Russia has aggressive intentions.

NATO severed ties with Russia and subsequently increased its military presence in the Baltic Region following the in 2014 reintegration of the Crimean Peninsula to Russia in a referendum.

The EU and the US say the military buildup is necessary to stop what they refer to as the "Russian aggression." Russia has promised to respond to any threats in kind.

Lavrov and Kotzias also discussed regional conflicts and called for a resolution of the Cyprus issue and other similar conflicts in the Western Balkans region.