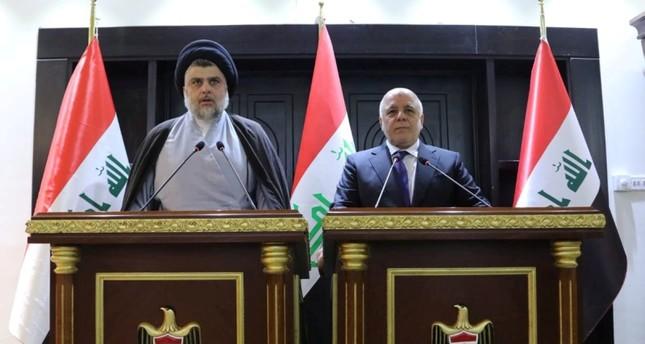 Al-Sadr said that he conveyed some issues about new government to Al-Abadi. Those are "fighting against corruption, strengthening the army, not intervening the government and establishing a technocratic government with an alliance above sects."

But the three blocs together do not have the 50-percent-plus-one majority (165 out of 329 seats in parliament) needed to form a governing coalition.

Some left-wing parties went so far as to say that they would throw in their lot with the opposition if such an alliance came to fruition.

However, Iraq’s two main Kurdish parties, the Kurdistan Democratic Party and Patriotic Union of Kurdistan, reportedly view the would-be alliance with Fatah in a positive light.

Although al-Sadr is a frequent critic of Iranian influence in Iraq, he nevertheless maintains close ties with Tehran.

For years, al-Sadr studied under Iranian clerics in the Iranian city of Qom, which has historically been a center of Shia religious scholarship.