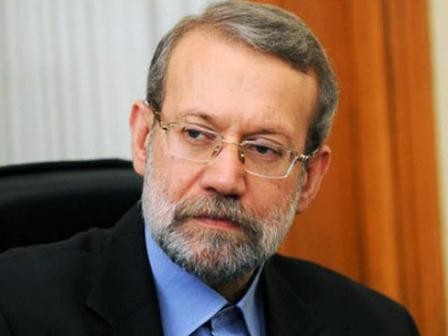 Iran is urging Azerbaijan and Armenia, the sides of the Nagorno-Karabakh conflict, to prevent a war in the region, said Ali Larijani, speaker of the Iranian parliament.

"We always recommend our partners in Azerbaijan and Armenia to use such solutions that will not lead to a war," Larijani said Apr. 21 in an interview with Mikhail Gusman, first deputy director general of the Russian TASS news agency.

Larijani said that one of the existing mechanisms is the OSCE Minsk Group.

"We recommend our Armenian and Azerbaijani friends to prevent a new war in the region, as the consequences will be very painful," he added. "The Iranian Defense Ministry has already contacted the colleagues in Baku and Yerevan, as well as in Moscow."

"Moreover, Azerbaijan and Armenia are neighbors," he said. "Another numerous human loss will cause hatred. It will be very difficult to get rid of hatred in the future."

Larijani also said that everyone needs to put efforts to resolve the issue through politics.