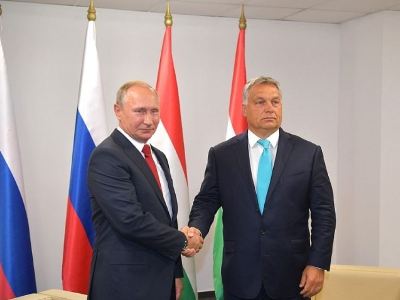 The Kremlin press service earlier reported that the parties would discuss "an array of issues related to Russian-Hungarian cooperation, primarily in trade, economy, cultural and humanitarian spheres and exchange views on a number of pressing global and regional issues."

A number of bilateral documents are expected to be signed following the talks. The previous negotiations between the two leaders were held in Moscow in September 2018, and Putin’s last visit to Budapest took place in August 2017.