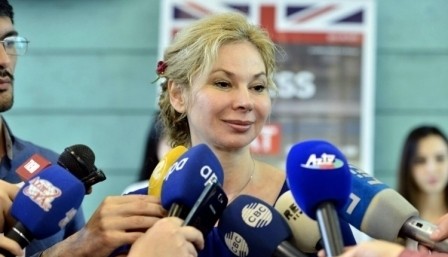 The Vienna meeting between presidents of Azerbaijan and Armenia on the settlement of the Nagorno-Karabakh conflict is a very positive fact, Malena Mard, head of the EU Delegation in Azerbaijan, told reporters in Baku May 18.

“We support the decision on taking various measures, investigating incidents, planning “road map” for comprehensive peace negotiations, as well as planning a second meeting of the presidents in the near future,” Mard said.

The EU delegation head noted that there is no military solution to the [Nagorno-Karabakh conflict].

The conflict must be resolved through peaceful negotiations in which the presidents and the OSCE Minsk Group co-chairs are playing a key role, she stressed.

Mard also recalled the meeting of EU High Representative Federica Mogherini with the presidents of Azerbaijan and Armenia.

“Mogherini visited Azerbaijan in late February. She expressed desire to actively deal with this problem and become a partner of the OSCE Minsk Group in this issue,” she concluded.