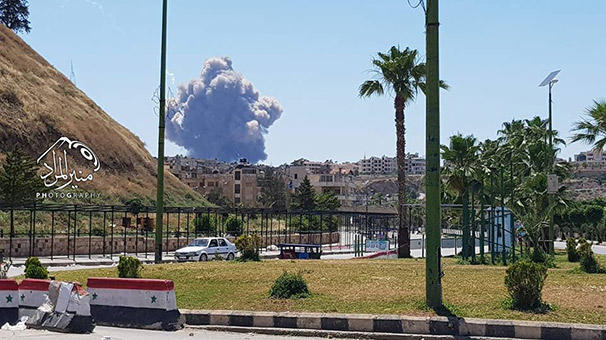 The National Coalition of the Syrian Opposition and the Revolutionary Forces blamed Russia for the launch of the Cerablus and Al-Baba ballistic missiles yesterday.

Axar.az reports that the statement came from TRT Haber.

"Russia is carrying out terrorism by targeting villages. Russia fired three ballistic missiles into the region yesterday. Official Moscow must be pressured to comply with its international obligations," the Syrian opposition said in a statement.

It should be noted that ballistic missiles were fired at the Cerablus and Al-Bab regions of Syria yesterday. Many oil tankers exploded during the attack, killing four civilians.