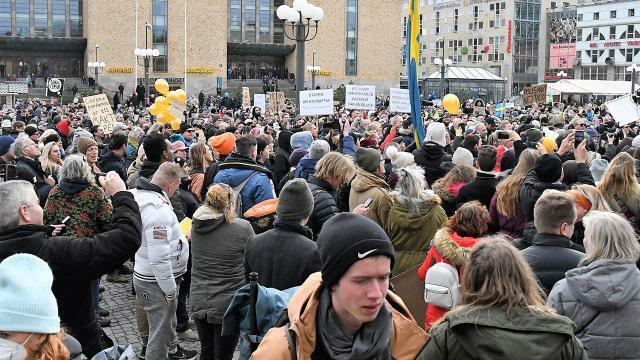 A protest rally was held near the Russian embassy in the Czech capital, Prague.

According to the report, about 100 people gathered in front of the embassy to react to reports that Russia was involved in an explosion at an arms depot in the Czech Republic a few years ago.

Earlier, the Czech government announced the sending of 18 Russian diplomats.