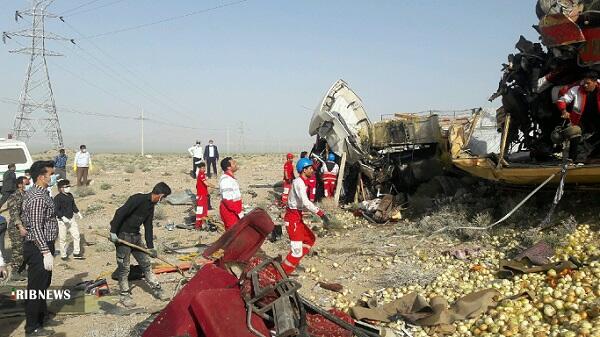 Ten people were killed in a chain accident on the Ahvaz-Khorramshahr road in Iran's southwestern province of Khuzestan this morning.

Axar.az reports that the statement came from Arif Asl Sharahani, head of the public relations department of the Khuzestan Emergency Center in Iran.

According to him, all the passengers of the car carrying the workers died in the accident. The chain accident involved five cars and a truck. So far, 6 people have been hospitalized.

12 ambulances were called to the scene. An investigation is underway.