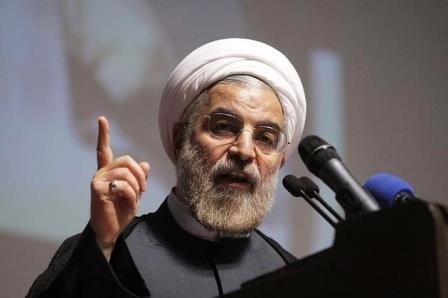 Iranian President Hassan Rouhani has slammed those who were involved in the recent failed coup attempt in Turkey.

“We are in a region where unfortunately some people still assume they can change the power structure through a coup; or overthrow a government that has come to the power through the polls using tanks, fighter jets and helicopters,” IRNA news agency quoted President Rouhani as saying at a gathering of people in the western province of Kermanshah.

The president is in Kermanshah Province on a one-day official visit as part of his provincial tours.

President Rouhani further added that some people, so far, have not realized that the period of coup is over and artillery and tanks are not solutions to the existing problems.

These people should understand that the way of resolving the problems is democracy and respecting the nation’s vote, he added.

Rouhani also said that dissidents must speak through ballot boxes.