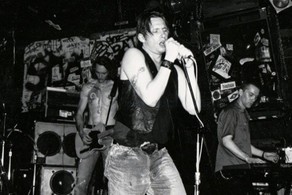 John Berry, a founding member of the Beastie Boys who is credited with concocting the group’s name, died Thursday morning at a Danvers, Massachusetts, at 52.

Berry’s father, John Berry III, said that his son had suffered from a worsening case of frontal lobe dementia.

Berry played with the group in its formative years in the early ’80s. At the time, the group consisted of Mike Diamond, Adam Yauch and Kate Schellenbach. Berry appeared on the group’s 1982 debut EP “Polly Wog Stew” but left the group soon after, as did Schellenbach. Adam Horowitz (nom de Beastie: Ad-Rock) came aboard to fill the gap left by the departing members.