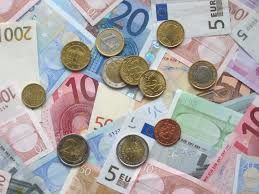 The rebound shows that investors had already anticipated that Prime Minister Matteo Renzi would lose the referendum.

Axar.az informs, the euro fully recovered from a bout of selling early Monday that followed Italian voters’ rejection of a government-backed referendum, but investors said the turmoil in Europe’s fourth largest economy will continue to pressure the common currency.

The euro was last up 0.4% against the dollar at $1.070—a marked recovery after falling more than 1% in early trade against the greenback to its lowest level since 2015.