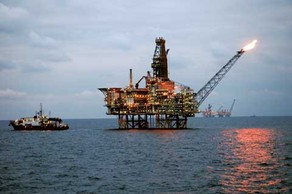 To date 398 mln tons of oil and 121 bln cubic meters of gas produced from block of fields "Azeri-Chirag-Deepwater Gunashli", located in the Azerbaijani sector of the Caspian.

The First Vice-President of SOCAR, Academician Khoshbakht Yusifzade said at the International Oil and Gas Conference in Baku.

SOCAR representative said that according to the available transportation routes as of June 1, 2016 Azerbaijan transported 412 mln tons of oil.Of these, 304 mln tons accounted for the Baku-Tbilisi-Ceyhan pipeline.