"Armenia trying to involve other countries in the conflict" 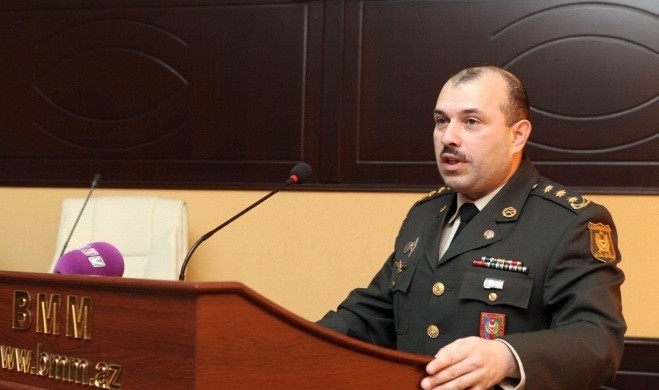 Armenia is trying to involve other countries in the Nagorno-Karabakh conflict, Vagif Dargahli, spokesperson for Azerbaijan’s Defense Ministry, said on Friday.

He made the remarks during the hearings in the Azerbaijani parliament on the "Recent developments on the line of contact: Problems of the international humanitarian law."


Dargahli recalled that in March this year Armenian armed forces intensively shelled Azerbaijani settlements and civilians along the contact line of the two countries’ troops.


Azerbaijani armed forces killed more than 320 Armenian servicemen during the April clashes on the contact line, the spokesman said, noting that more than 500 Armenian soldiers were injured, 30 enemy tanks and other armored vehicles.


He added the heights Talish and Leletepe, capable of posing threat to the districts and Naftalan and Horadiz, respectively, were liberated by Azerbaijani armed forces.

The Azerbaijani side also managed to gain control over the roads in the Aghdere-Madagiz direction, Dargahli stressed.


The spokesman went on to say that the Azerbaijani army’s counteroffensive, aimed at preventing the threat posed by Armenian armed forces to the civilian population, was successfully completed.


He mentioned that Armenia deployed all its forces in Nagorno-Karabakh during the recent clashes, while the Azerbaijani side involved only part of its forces on the frontline.