Until the Kingdom comes by Simen Johan - Photo 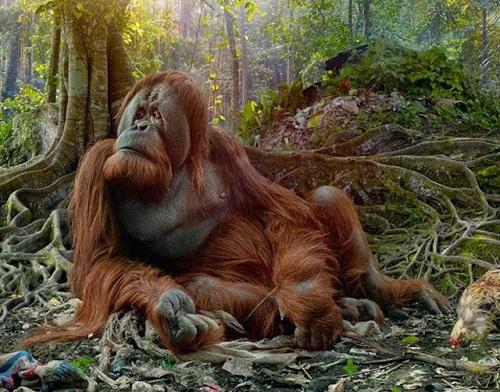 Axar.az informs that Simen was born in Kirkenes, in the extreme north of Norway, to a Sami father and a Norwegian mother. He moved to Höllviken, Sweden in 1979. After attending film school at Lugnetskolan in Falun, Sweden, Johan moved to New York City in 1992 to continue his studies at School of Visual Arts. He soon transferred to the photography program, where he studied under Duane Michals, James Casebere, and Gregory Crewdson.

His work has appeared on the covers of Aperture and Art+Auction, and he was interviewed on WNYC’s Leonard Lopate radio show. In 2010, Comme des Garçons used Johan’s sculpture of a long-haired wolf for their fall advertising campaign. His image of a buffalo reclining in littered dirt was featured in Oliver Stone’s film Wall Street: Money Never Sleeps.

He has published a number of monographs, including one from Twin Palms Publishers that was confiscated from the Neverland Ranch during the 2005 Michael Jackson trial. Johan has been represented by the Yossi Milo Gallery since 2000.