Another Dutch rudeness towards Turkey 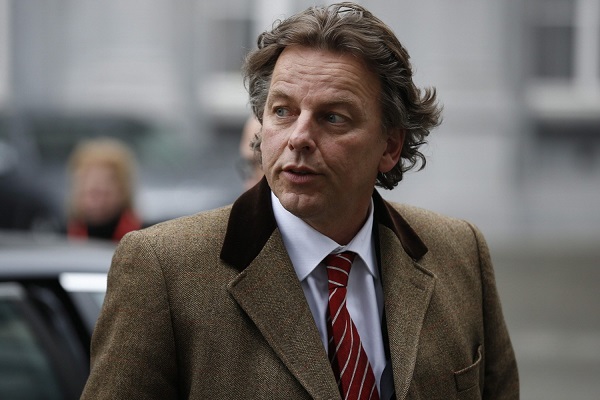 The Dutch government said on Thursday it would not welcome the Turkish foreign minister to the Netherlands if he was coming to solicit the votes of local Turks in a constitutional referendum that could give more power to President Recep Tayyip Erdogan.

Having survived a military coup in July, Erdogan says the referendum is needed to stabilize the country. European politicians accuse him of using the coup as a pretext for mass arrests and dismissals that stifle dissent.

The Dutch government said Foreign Minister Bert Koenders had called his Turkish counterpart, Mevlut Cavusoglu, saying his planned visit was unwanted and he would not receive an official welcome should he still decide to come.

"It is not about him coming to the Netherlands. He can come to visit the Mauritshuis museum or see the tulips if there are any," Dutch Prime Minister Mark Rutte told a news conference in Brussels. "We do not want him holding rallies."

Rutte added that not giving Cavusoglu an official welcome was the strongest signal his government could send, considering Turkey was a NATO ally.

After the city of Rotterdam refused to host a Cavusoglu rally, it was unclear where he would be able to speak.

Unease is spreading over Turkish ministers coming to Europe looking for vote. Several rallies have been canceled in Germany, and Austria's interior minister said on Tuesday he wanted to ban foreigners from campaigning there.

In the Netherlands, the Turkish campaign visits have become the focus of intense debate before parliamentary elections on Wednesday.

Anti-Islam nationalist Geert Wilders, running second in polls for next Wednesday's election, called for the entire Turkish cabinet to be banned from entering the Netherlands after Turkish Family and Social Affairs Minister Fatma Betul Sayan Kaya also announced plans to visit the country.

Wilders, whose far-right party has been losing ground to centrist parties, has sought to capitalize on the row to recover his poll lead at the end of a campaign that has been dominated by sometimes-emotional debates about Islam, immigration and their impact on Dutch identity.