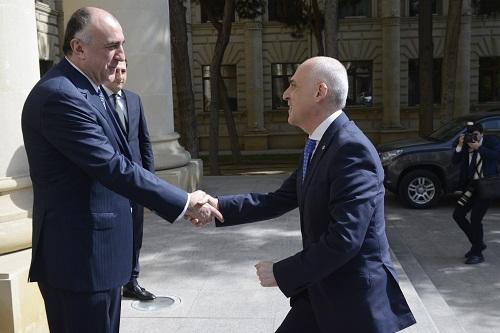 Georgian Foreign Minister David Zalkaliani had a telephone conversation with his Azerbaijani and Armenian counterparts Elmar Mammadyarov and Zohrab Mnatsakanyan.

Axar.az reports that, the statement came from the Georgian Foreign Ministry.

During the conversation, Zalkaliani expressed deep concern over the recent tensions and losses on the Azerbaijani-Armenian border.

The Minister noted that tensions between the parties should be reduced, military operations should be stopped and reconciliation should be achieved.

He expressed hope that international efforts would ease tensions as soon as possible. He stressed the importance of ensuring peace and stability in the region.