Who believed in the rapid victory of Baku? - Experts 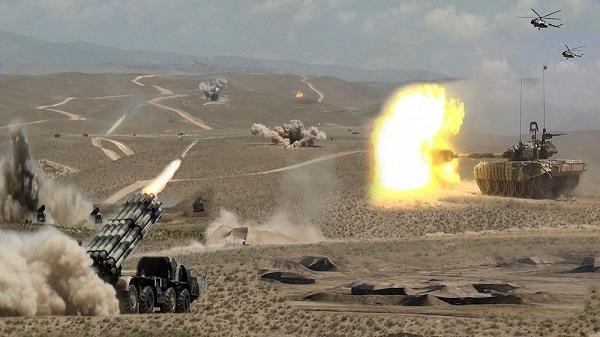 Axar.az presents the comments of the international experts on the Anniversary of the 44-day Second Karabakh War.

"The Armenian Azerbaijan war was not a surprise because the history of the region dictates that confrontation will occur. Given the global pathogen and the relentless geostrategic and tactical moves by many regional countries that were only a matter of time before Yerevan and Baku to occur. Historically the region is always at the crossroads of empire and gives it the sharp disagreements a new war was inevitable in this environment. There were indications of a coming war when there was some activity by Armenia involving some pipelines and other activities a few months prior to the outbreak of the war itself. This activity was in a sense a first act between the sides. Given Turkey growing regional role Ankara saw a possibility to capitalize on a brand new geostrategic environment involving the use of technology and warfare to help bring the Azerbaijani president the grand prize of Susha. From here the discussions about mining and new highways and railways began and are continuing to be developed. Once Turkey and a few other countries introduced their drone capability into Azerbaijan's arsenal The war would be short because of the mismatch between Armenia's conventional armaments versus the ubiquitous of drone warfare."

"It simply came to our notice then. Because in the summer of 2020, one of the Azerbaijani websites published two articles in which I predicted the unconditional victory of Azerbaijan. Therefore, the beginning of the Second Karabakh War was a matter of time for me personally, rather than a surprise. In fact, everything was heading for war: Baku was well-armed, drew the necessary conclusions from previous military failures, chose a good time and a reliable ally, and liberated its territories from occupation. Therefore, as before, it was clear that no peace talks would yield results, the problem would be solved only by military means."

"We in Egypt were surprised by news in the media on September 27, 2020, that war suddenly started in the Karabakh region between Azerbaijan & Artsakh (backed by Armenia).

The vast majority of the Egyptian people were supporting Azerbaijan against Armenia in this war for different reasons. First for emotional reasons being part of the OIC, second because we were in the same situation when the Egyptian Sinai Peninsula was occupied in the 1967 war, and therefore we had to launch an all-out war in 1973 to liberate it.

I didn’t expect that war would last 44 days only, I thought it might last longer if the Russians decided to support Artsakh (Armenia) with cutting-edge weapons to face the Azerbaijani military progress, but Azerbaijan made a successful military operation aimed to ensure its territorial integrity and liberated Shusha.

For that reason, we have to confess that Turkey played a key role in supporting Azerbaijan in this war with all means especially military and political support.

Military experts realize that the highly sophisticated Turkish-made Drones made the most important role in this war against Armenian forces and positions."

"At that time, I was sure that military operations would begin and the war would break out. But I was wondering: how will Moscow react to this? Because everything else could be calculated from the comparison of the forces of the parties, but the question remains what Moscow's reaction will be. This is what I asked my colleagues in Azerbaijan.

Over the years, Azerbaijan has allocated a lot of resources for training, strengthening its navy, strengthening its diplomatic corps - that is, Azerbaijan was fully prepared for war. Everyone who watched the process closely knew that war would break out, and for others, it was a big surprise. The second interesting point is that when the war started on September 27, no one could have predicted that this would be the end of the war."

"I do not see Azerbaijan securing its territorial integrity: it destroyed the mass of the Armenian armed forces and liberated Shusha, no doubt, but didn’t recover all of the NKR. Indeed, foreign troops (Russians) are still on the Azeri territory, and less than 50% of the NKR is under Azeri control. Thus, the war is frozen: the conflict remains unresolved - and as long as that is the case, there is always a threat of a new war."

"I predicted a large-scale war after the first attack by the Armenians and the killing of an Azerbaijan general. My answer to the questions asked to me during the war was as follows: This war will not end until Azerbaijan liberates all of Karabakh. That's what happened."