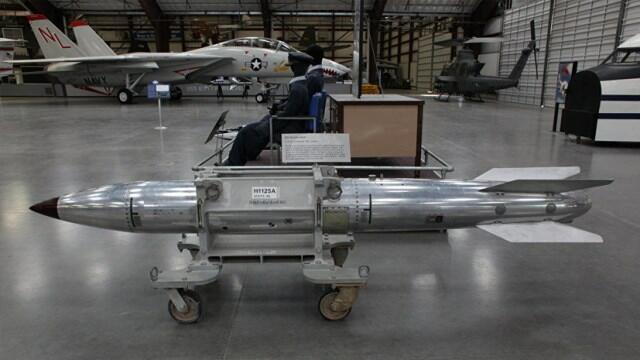 The US military-industrial complex has handed over to the Department of Defense the first production prototype of the upgraded B61-12 atomic bomb, which has been in service with the United States for half a century, the National Nuclear Security Administration (NSNS) reported.
Axar.az reports that modernization extends the life cycle of the ammunition by at least 20 years, allowing it to be used from existing and future aircraft platforms.

“The B61-12 Life Extension Program will ensure the safety and effectiveness of the weapons. NSNF expects to begin full-scale production in May 2022 with completion in fiscal 2026,” the Department of Energy said in a press release.

According to the press release, during the modernization, the power of the ammunition was significantly reduced, but the increase in accuracy due to the use of a new tail section retained its tactical and technical characteristics.