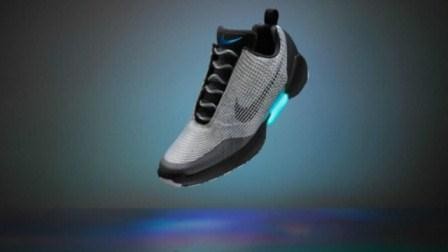 Nike has unveiled shoes that can tie themselves up, according to Independent.

The company has revealed its HyperAdapt 1.0 sneakers that include what the company calls "sport-informed adaptive lacing". The shoes can sense when their wearer steps into them and a system inside will automatically tighten, matching itself to "individual idiosyncracies in lacing and tension preferences", the company said.

The new shoes were shown off as part of a range of new technology, which also included an update to its Nike+ app and a new material that stops mud from clogging up on the sole of football boots.

The company suggested that the self-lacing technology would come to shoes beyond the HyperAdapt 1.0, describing it as "the first performance vehicle" for the technology. The company has already shown off similar technology in its Nike Mags — a recreation of the famous self-tying shoe from Back To The Future — but says that the HyperAdapt is the first time that they have been available in an affordable and sport-focused package.

The shoes are meant to ensure that the trainers can be tightened so they fit perfectly, Nike said.

"When you step in, your heel will hit a sensor and the system will automatically tighten," said the leader of the project of Nike, Tiffany Beers, in a statement. "Then there are two buttons on the side to tighten and loosen. You can adjust it until it's perfect."

The company said that technology has the potential to bring shoes that would adjust themselves as they are worn, helping athletes and others have their shoes fix themselves according to what their wearers need. For the moment the shoes require their owner to alter the fit, but the company said that it could eventually lead to more intelligent shoes.