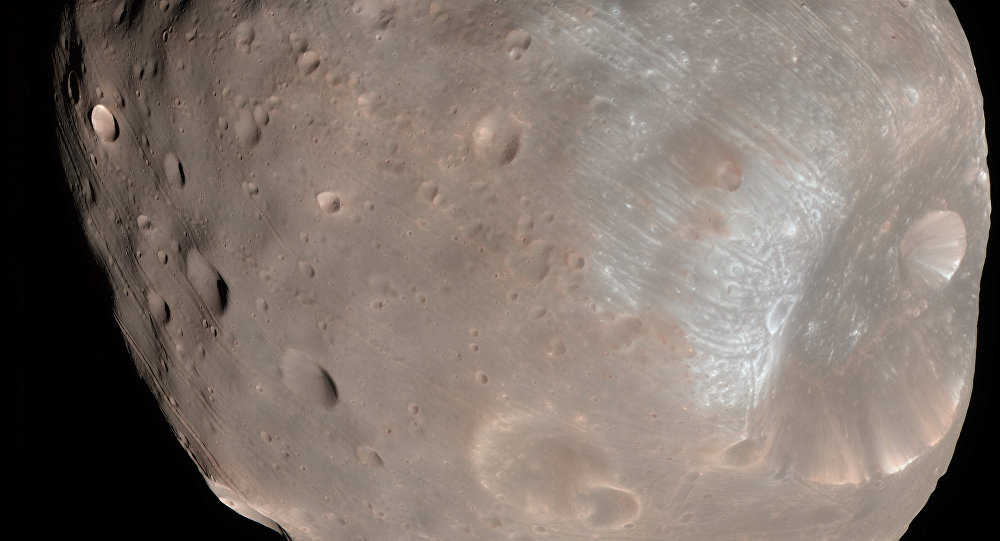 Axar.az reports that, the Mars Atmosphere and Volatile EvolutioN Mission (MAVEN) space probe has been orbiting Mars since 2014 to better our understanding of the red planet's atmosphere. A collision with another satellite of Mars, the moon Phobos, would have put a violent end to the $671-million project.

The Jet Propulsion Laboratory (JPL) monitors the potential for such collisions and informed the MAVEN team to take evasive action. MAVEN dodged Phobos by performing a rocket-motor burn that sped the probe up by just under one mile per hour, to avoid a collision. Had they done nothing, there was a good chance that MAVEN and Phobos would have slammed into one another on March 6.

"Kudos to the JPL navigation and tracking teams for watching out for possible collisions every day of the year, and to the MAVEN spacecraft team for carrying out the maneuver flawlessly," Bruce Jakosky, principal investigator of the MAVEN mission, said in a statement.

Phobos is the larger of Mars' two moons, with a mean radius of seven miles (by comparison, our Moon has a mean radius of about 1080 miles.) Recent observations have suggested that Phobos is actually many different rocks held together under a thin crust, and it will either disintegrate or crash into Mars some time over the next 50 million years.

No human craft has landed on the moon, although there was an attempt by the Phobos-Grunt spacecraft, a 2011 Roscosmos probe, to collect a sample and return to Earth. The probe malfunctioned in low Earth orbit and forced into a controlled reentry, eventually crashing into the Pacific Ocean. Phobos has earned a reputation for being a "cursed" moon, as two Soviet missions to it in the late 1980s both failed as well. Roscosmos has announced its intention to try again in the late 2020s.