Supermassive black hole breaking from its own galaxy 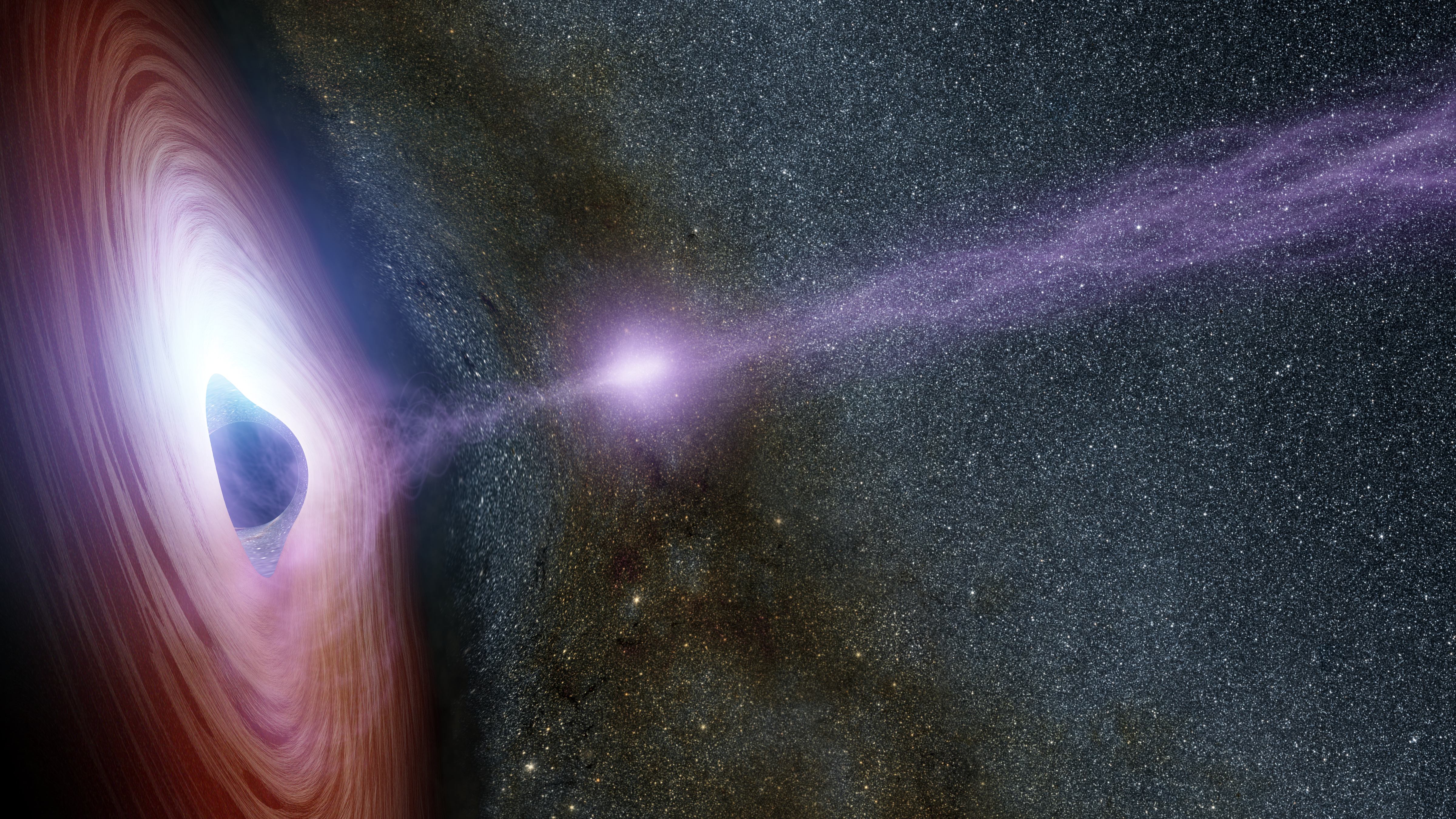 Pity poor 3C-186, a supermassive black hole that NASA believes is being forced from its parent galaxy. Although NASA has not conclusively determined the cause of the ejection, the space agency believes the cause to be gravitational waves made by the collision of two black holes in the center of the galaxy.

Axar.az reports that positioned 8 billion light-years from Earth, 3C-186 was imaged by the Hubble telescope. It was then studied by the Space Telescope Science Institute (STSCI) at Johns Hopkins University. Supermassive black holes are found almost exclusively in the centers of galaxies but 3C-186 is 35,000 light years away from its galactic center. This sparked the interest of the astronomical community.

3C-186 isn't quite that large – only 1 billion solar masses – but unlike most supermassive black holes, it's moving very quickly, to the tune of 4.66 million miles per hour. For such a large object to move so quickly, it would take quite a bit of energy – the same amount of energy as 100 million simultaneous supernovae.

"I thought we were seeing something very peculiar," said study author and STSCI astronomer Marco Chiaberge in a media release. There's only one likely culprit for this: a gravitational wave. When two massive objects collide, they fling waves of their gravity to the sides. The objects then merge and are flung in the direction of the strongest gravity wave. NASA believes that is what happened to 3C-186: it swallowed another black hole and has begun to shoot itself out of its own galaxy.

Corroborating the theory is the presence of a tidal tail, a thin strip of stars that results from the collisions of galaxies, behind 3C-186. This suggests that the black hole at some point collided with another galaxy, and since it's still around, it probably absorbed whatever was in the center.

Even with its impressive speed, it'll take 3C-186 an estimated 20 million years to exit the galaxy entirely. NASA claims that it is the most massive black hole ever kicked out of its home that they have detected.

NASA and STSCI hope to glean a better picture of how galaxies were formed in the young universe through observation of ancient galaxies such as 3C-186.

As for the black hole, it'll eventually escape its galaxy entirely and drift through space by itself for untold aeons.