Atmosphere found on most earth-like exoplanet to date 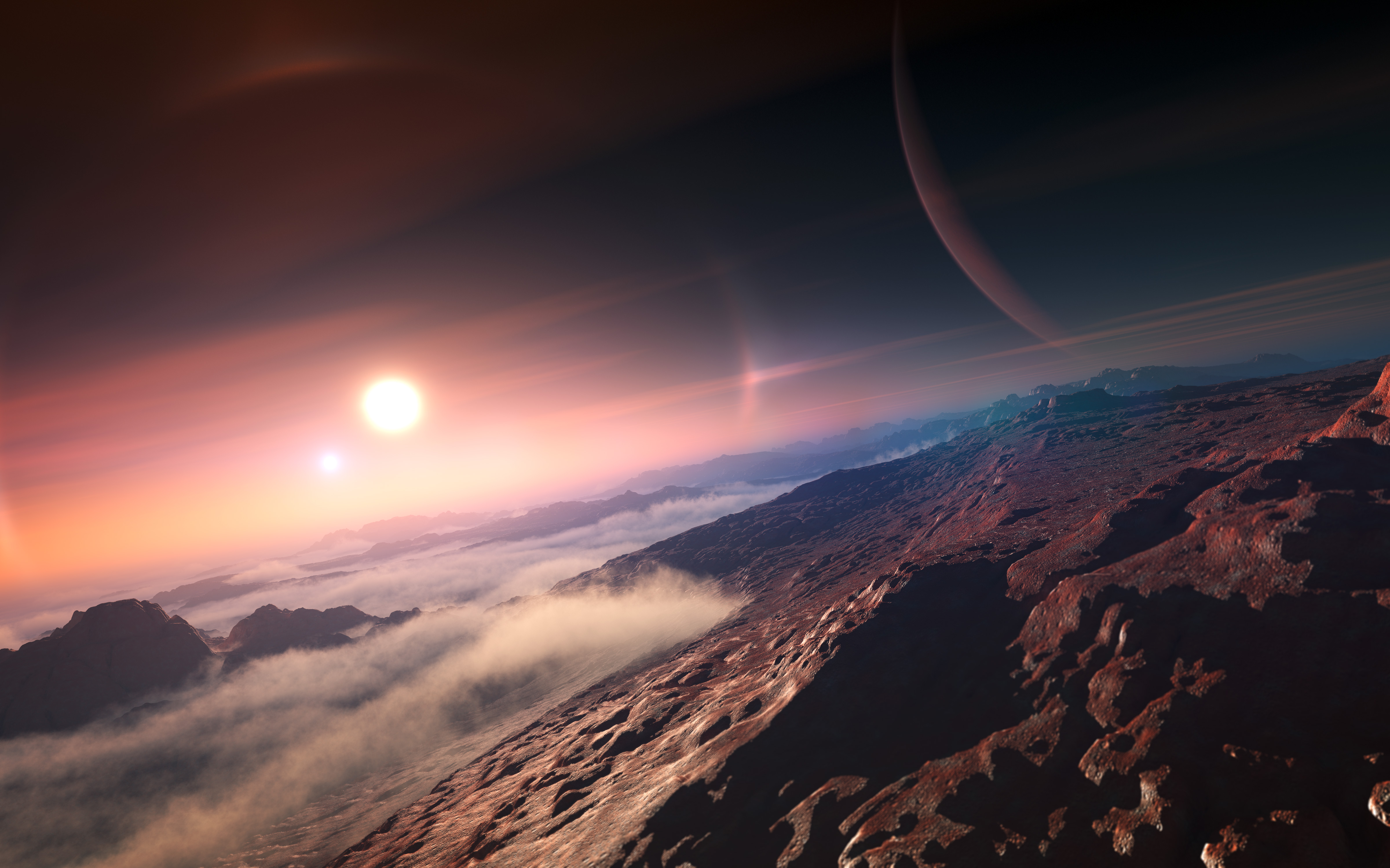 Astronomers from the Max Planck Institute for Astronomy have detected the atmosphere around the super-Earth Gliese 1132b, 39 light-years from Earth. This is the first time that an atmosphere has been detected around a low-mass super-Earth.

Axar.az reports that 1132b orbits a red dwarf named GJ1132 in the Vela constellation. GJ1132 is one-fifth as massive as the Sun and 1132b orbits it in less than 40 hours. 1132b is 60% more massive and nearly thrice as large than our Earth, which is pretty similar by astronomical standards.

Because they are so small and dim compared to the stars they orbit, planets are significantly more difficult for astronomers to detect and study. The Max Planck team used the 2.2-m ESO/MPG telescope in Chile to image the star GJ 1132, and then analyzed the starlight that passed through 1132b's atmosphere with a spectrometer to determine the qualities of the super-Earth's atmosphere.

When light passes through an atmosphere, it picks up chemical signatures of that atmosphere's elemental components. This is the best way to look for signs of life on distant worlds: an atmosphere with elements conducive to life such as oxygen and methane may indicate that the planet is habitable — and perhaps even habited.

But since it's difficult to observe planets, our atmospheric observations have in the past been mostly limited to gas giants and other large exoplanets. As we have yet to discover life on any planet but Earth, astronomers assume that life is more likely to appear on Earthlike planets than it is on worlds radically different than our own.

This is what makes 1132b important. It's one of the closest super-Earths to our solar system that we've found, and because it's so close to its dim star it makes it easier for spectrometers to gather information about it. These two factors were what allowed the Max Planck astronomers to confirm 1132's atmosphere.

A super-Earth is any planet outside our solar system whose mass is greater than Earth's but less than Uranus' (which is 14.5 times as massive as our blue marble.) Yes, any planet — be it gaseous or rocky, watery or dry, frozen or arid. "Super-Earth" is just a measure of size, nothing more.

In the case of 1132b, we simply aren't sure what sort of planet it is. It could be a water world like Earth, but it may be totally different. While its atmosphere has been detected, the Max Planck astronomers have yet to determine what the atmosphere consists of. However, the data made available about 1132b makes it likely for the rest of the astronomical community to train their eyes on this previously-innocuous exoplanet.