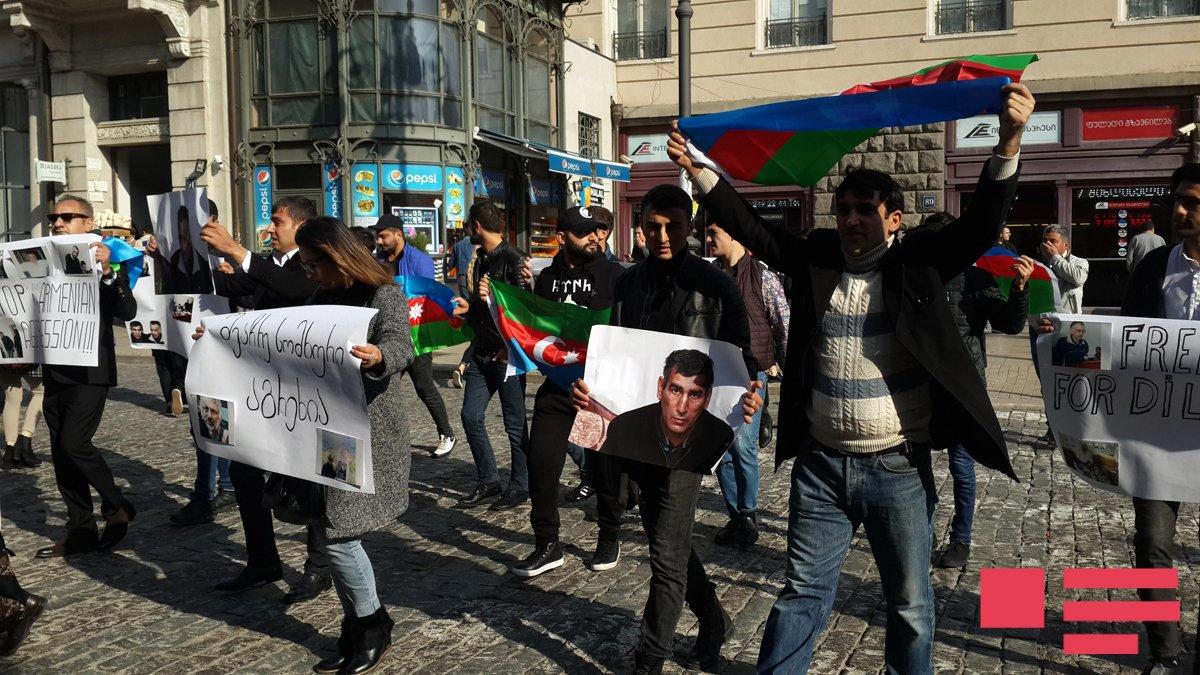 Azerbaijanis held a rally outside the Armenian embassy in Tbilisi demanding the release of Dilgam Asgarov and Shahbaz Guliyev who were taken hostage by Armenians in the occupied Kalbajar district of Azerbaijan in 2014.

Axar.az reports citing APA that the rally joined by representatives of Azerbaijani organizations in Georgia, as well as Azerbaijani activists and students began from the Marjanishvili metro station.

Kurdoglu Asgarov, the son of Dilgam Asgarov, who joined the rally, said that Armenians have been illegally holding his father and Shahbaz Guliyev hostage for four years. He noted that the rally is aimed at drawing the attention of the international community to the fate of the Azerbaijani hostages.

On December 19, 2014, an illegal court of the separatist regime in Nagorno-Karabakh sentenced Dilgam Asgarov to life in prison and Shahbaz Guliyev to 22 years.