The 45th anniversary of the Military Lyceum 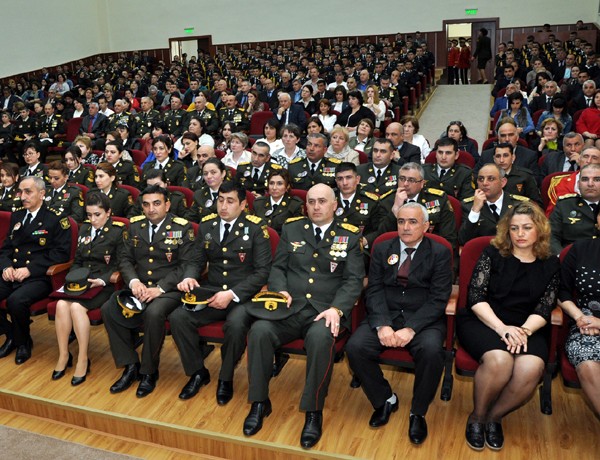 The 45th anniversary of the establishment of the Military Lyceum named after J.Nakhchivansky marked.

Representatives of the Ministry of Defense and Military College’s Former Graduates were attended the event.

After the official part, according to the order of the Minister of Defense, the personnel of a group of high school were awarded diplomas and valuable gifts.

House officers’ song and dance ensemble gave a concert after the ceremony.

Then a sports festival held for of the 45-year anniversary of the establishment of the high school.
Students competed in several sports.

The winners of the high school were awarded by Colonel Rufat Amirov at the end of event.

The "Military Education and Military High School" conference was organized as a part of the anniversary.