Leyla Aliyeva at the commemoration ceremony of Magomayev - Photo 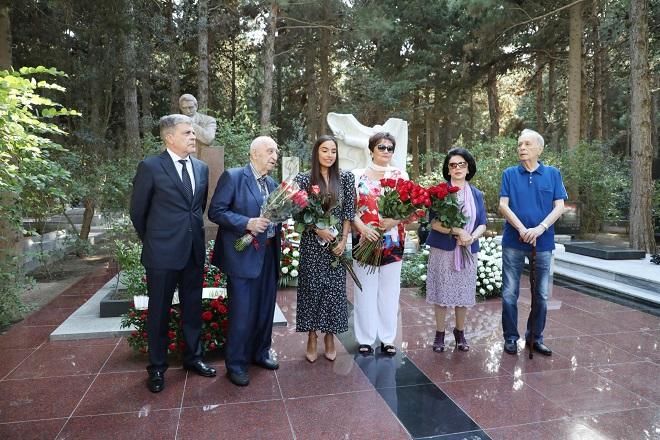 On August 17, on the 77th anniversary of the world-famous singer, USSR and Azerbaijan People's Artist Muslim Magomayev, Ministry of Culture officials and prominent figures of culture and art arrived at the First Alley of Honor, the unforgettable artist's grave.

Speaking at the ceremony, Chairman of the Union of Composers of Azerbaijan, People's Artist Firangiz Alizadeh spoke about the rich creativity of the popular singer and renowned vocal singer Muslim Magamayev: is one of the most unique voices in the world. "

Speaking to the singer's wife, Tamara Sinyavskaya, she said that the memory of Muslim Magomayev was always cherished in Azerbaijan, and that she was remembered with deep love. He stressed that this love was transmitted to the younger generation and said that he was extremely happy.

Vice-president of the Heydar Aliyev Foundation Leyla Aliyeva said that over the years, you understand Muslim Magomayev and appreciate his creativity. "He was a very kind person, a great personality, very compassionate and generous. You don't even want to talk about him in the past because he still lives. He is with us today," Leyla Aliyeva said.

Sergei Stepanov, advisor to the Russian Embassy in Azerbaijan, said that Muslim Magomayev is breathing even though he is among us. He leads an army of great singers behind him, somehow guiding them. It is very difficult to reach a Muslim level.