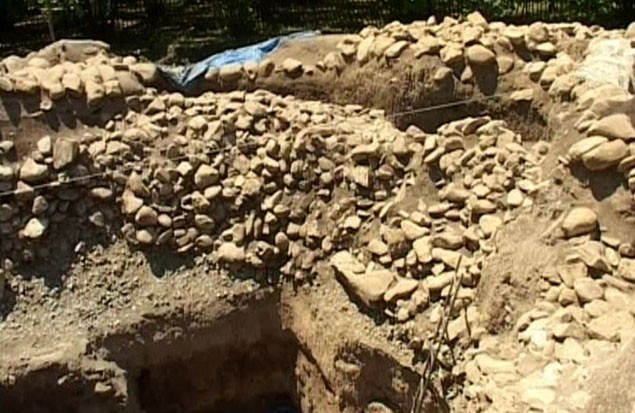 Archaeologists have uncovered a 3,000-year-old mound in the Dizakhli village of Azerbaijan’s Gabala district.

The head of the Institute of Archeology and Ethnography's Gabala archaeological expedition, PhD on historical sciences Ilyas Babayev, who led the archaeological excavations in the village, said it was revealed that the mound belongs to the leader of the tribes, who lived on the territory of Gabala in 1000 BC.

The burial chamber of the mound (35 meters in diameter) was found beneath stone layer of 3 meters and soil layer of 4 meters.


Babayev recalled that two small mounds were discovered in that area in 1971.


“Great treasure was found beneath these mounds. The study of the mounds made it clear that 3,000 years ago, coins were minted on the territory of Azerbaijan and the people living there were trading with other countries,” he said.

The chief archaeologist added that the research will continue in the area.


The newly-discovered mound will be studied by an international expedition of Azerbaijani and Korean archaeologists.

The court ruled in Tonoyan's favour