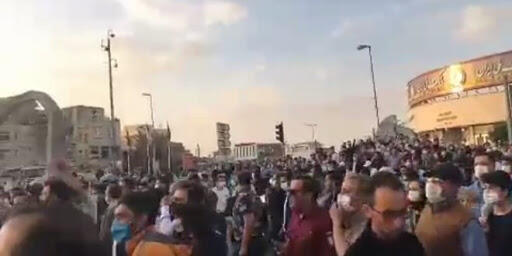 According to Article 27 of the Constitution, citizens have the right to protest.

Axar.az reports that Masoud Pezeshkian, a deputy in the Iranian Parliament of the cities of Tabriz, Usku and Tufargan (Azershahr), said this while expressing his opinion about the demonstrations.

He pointed out that the laws are not implemented:

"Personal views of ruling politicians play an important role in the issue of permission to hold demonstrations. Failure to allow the holding of authorized actions increased hatred and resentment against the authorities, which led to the creation of the current conditions and the explosion. What is happening in the country is related to the lack of transparency in public administration."