A day of celebration and reflection 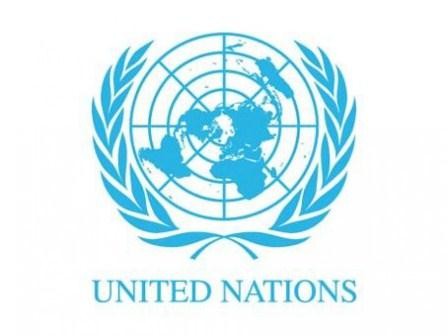 This is a relative recent addition to the list of special dates established by the General Assembly of the United Nations to raise awareness on the particular global challenges facing all of us. Presently, global humanitarian needs have reached record levels since World War II, with 130 million persons around the world depending on humanitarian assistance and on the efforts of humanitarian aid workers to deliver it.

World Humanitarian Day was instituted in 2009, on the sixth anniversary of the 2003 Baghdad bombing of the UN mission, which cost the lives of 22 people, including Sergio Vieira de Mello, the Special Representative of the UN Secretary General in Iraq.

In highlighting the plight of humanitarian crises’ victims, World Humanitarian Day also celebrates the efforts and often the personal sacrifice that thousands of women and men from all countries offer in the quest for a solution to humanitarian crisis. It is a call for sympathy and support for people who often leave behind comfortable lives to go in the midst of conflicts, man-made or natural disaster, to help the most vulnerable to rebuild their lives, sometimes to help them just survive another day.

Humanitarian work has always been a risky endeavour and in recent years incidents and fatalities have reached an intolerable level. The Aid Workers Security Database

(aidworkersecurity.org /incidents/report/summary) has compiled the figures of security incidents from 2004 to 2014, showing the staggering rise of attacks, murders, kidnappings suffered by humanitarian works of the United Nations, the International Committee of the Red Cross and of Non-Government Organizations. If 56 aid workers were killed in 2004, this number has risen to 121 in 2014. The total number of incidents passed from 63 in 2004 to 190 in 2014. The Database provides detailed figures on the price payed by people who volunteer to serve for the benefit of the civilian populations trapped in the horrors of war and violent conflicts.

These principles have a crucial practical relevance: first of all, adherence to them should allow the humanitarian workers to be recognised and distinguished from the actors of conflict and, secondly and most importantly, should guarantee their safety.

Yet, this is not enough, and every year scores of humanitarian aid workers pay the ultimate price for just doing their work.

Climate changes and competition over scarce resources compound these conflicts and increase its civilian character. Communities turn on each other because of lack of water, desertification of pastures, and access to arable land and fishing waters. Ethnicity and clan protection become the guarantees for survival, to the detriment of fellow countrymen and old-time neighbours.

Humanitarian workers are caught in this all-out merciless survival of the fittest and often perceived, on the basis of the faintest suspicion, to be on the “wrong side” or to have abdicated their neutrality. They become the lightning rod of impossible situations, the scapegoats of political games played in places far remote from where they operate. Attacking a humanitarian worker becomes a way to send political messages, to impose a commercial contract or just to make a point in some local dispute. States that are parties to conflicts must recognise the super-partes status of humanitarian workers, they have an obligation to prioritise and ensure their security.

Conflicts need political solutions. There is no humanitarian solution to a humanitarian crisis. This was the clear message delivered by the 9,000 participants to the first-ever World Humanitarian Summit held in Istanbul in May this year. More credible efforts must be put in place by states, and not only by those directly involved in the conflicts, to exercise the political will to find compromises, to use leverages, and to apply the necessary pressure to induce belligerents to approach a negotiating table.

Inaction is no longer an option if the world community wishes to see a resolution of old conflicts and a halt to the surging number of victims, including humanitarian workers.

On the day we celebrate the courage and the sacrifice of those who offer their services in humanitarian operations, everybody should make an extra effort to think of ways and means to add a contribution, a “bucket of water”, to throw in the flames of conflicts. This can be done by contributing financially to humanitarian aid operations, or by continuing to remind world leaders of their responsibility to exercise leadership and show commitment to world peace and the solution of conflicts.

This is what Humanitarian Day is for: to urge all of us to become part of the solution, to join, in spirit and actions, based on our capacity and means, the humanitarian workers' efforts to make this world a more peaceful and tolerant place.

Furio De Angelis is the representative in Azerbaijan for the office of the United Nations High Commissioner for Refugees (UNHCR). The UNHCR is the global UN Agency dealing with refugees and global displacement. The UNHCR has been playing a major humanitarian assistance role in Azerbaijan since 1993 and would like to pay tribute to all aid workers who were actively engaged in helping the government address the immediate humanitarian needs of displaced persons in Azerbaijan and improve their living conditions and economic prospects.