In Baku, a phone fall from a judoist's kimono - Video 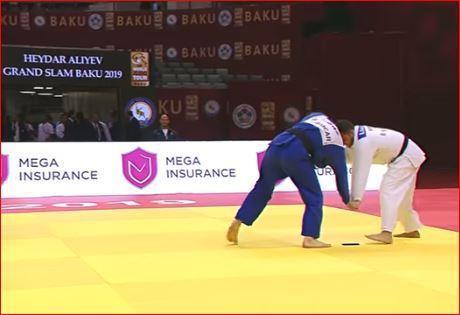 A strange incident happened in the Grand Prix on judo in Baku.

According to the report, a mobile phone has fallen from the kimono of Portuguese athlete Anri Equdidze, who was on the tatami in the 81kg category.

The event was recorded in the 13th second of the 1/16 final match with Swansea Robin Pachek. As a result, Egutidze was disqualified.

According to the rules, wearing tatami items is forbidden. Anri Eugitidze is the European champion among young people and a prize winner of various prizes.

The race will end today.